Paternity leave in the United Kingdom: a big legislative step for men – a baby step for fathers. 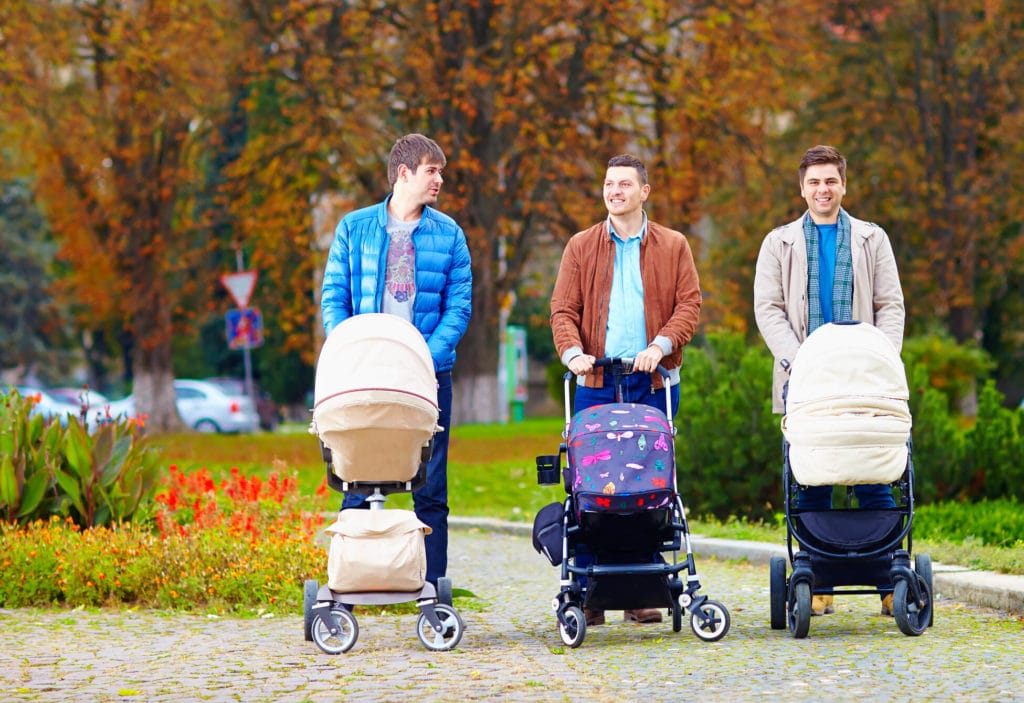 Paternity leave is primarily a social issue that reflects the attitude of the population and legislature to the diversity of modern families and their gender relations. On the face of it, the United Kingdom is now an extremely open society that offers fathers a real opportunity to take part in the care and upbringing of their children.  The reality is that the rights of the partner are seldom exercised to anything like the extent permitted in law.

The right to paternity leave in the United Kingdom was introduced in 2003. This applied not just to biological fathers, but also to same-sex parents and to parents who adopt in the context of a surrogacy.  It was, at the time of introduction, limited to a maximum of two weeks.

A further step, described by the coalition government led by David Cameron as a significant advance, came in 2015 with the introduction of shared parental leave for the second parent. Apart from compulsory leave of two weeks after the birth for the mother – a health and safety matter – parents could share the remaining 50 weeks of leave equally.

Unpaid leave of 18 weeks prior to the 18th birthday of the child and the right to attend two antenatal appointments complete this scheme.

The above rights are open only to employees, do not apply to the self-employed and are subject to length of service and income.

Employees also have the right to return to their job or an equivalent position at the end of a long parental leave.  Employers can choose to offer more generous terms than those outlined in the law and these rights are enforced by measures against dismissal or unfavorable treatment on the part of the employer – regardless of the employee’s length of service.

For further details: the UK Government information is here.

Despite this generous and protective legislation, statistics show that the ‘traditional’ family of mother and father, where the mother is responsible for childcare, has a bright future. According to a study commissioned by the Trades Union Congress (TUC), only 9,200 parents, a total of 1% of parents who can exercise this right, chose to do so in 2018. TUC findings on Paternity leave.

Further, the bureaucratic nature and complexity of the shared leave request system may also be responsible for its low rate of uptake. The fact that the woman must sacrifice part of her entitlement for the father to take any at all, also appears to be an obstacle to fathers taking leave.

Added to this is inefficiency of the law to make a real change the attitude of employers towards parents. Despite having been protected by law since the 70s’, women continue to suffer discrimination when taking maternity leave. A 2018 study published by the Committee on Equality and Human Rights shows that one in nine women is fired or forced to resign at the end of their maternity leave, and one in five claims to be the victim of harassment by her employer during her pregnancy. It is likely that most men are not ready to put their career at risk by asserting their rights.

It seems that the idea of shared leave is simply not ingrained within the UK yet. While some employers boast of a woman-friendly policy with generous maternity leave, few extend this generosity to fathers. But things may be starting to change. In May this year, the FTSE 100 drinks company Diageo announced it was introducing a right to 52 weeks leave with the first 26 weeks paid for both men and women.

Can the government do more to encourage fathers to take leave when their child is born?  Experience in Germany would seem to suggest that the answer is yes.  In 2015 following a reform to the paternity leave provisions, uptake of paternity leave has risen from 3.5% of the working fathers to 35%, a substantial increase.  The German reforms include generous paternity pay, additional paid leave if both parents take parental leave and greater flexibility including the addition of part-time leave as opposed to block leave as is currently the case in the UK.

The German experience suggests that where paternity leave more closely aligns to the needs of both parents, it is a right that is much more likely to be exercised.  Although the UK arrived quite early to this party, they have some distance to go to achieve the changes to practice and attitude that the law intended.

How to dismiss an employee with less than 2 years’ service?
Coronavirus And Pay – What Employers And Employees Need To Know