LOCUM PHARMACIST IS HELD TO BE A WORKER BY EMPLOYMENT TRIBUNAL

In December last year we represented a locum pharmacist in the Employment Tribunal. The Tribunal Judgment, which can be found here: (http://bit.ly/MLdw7S), concludes that the claimant was a worker despite the presence of a substitution clause in the locum contact. Her worker’s status was relevant to a claim for unpaid holiday pay over a three year period.

Employment legislation does not only protect employees. Certain statutes and regulations apply, even if a person is not employed under a contract of employment.  The discrimination provisions, the Working Time Regulations (including the right to 5.6 weeks holiday pay) and the National Minimum Wage apply to ‘workers’.

Under the Working Time Regulations a ‘worker’ means “an individual who has entered into or works under (…):

(a)  a contract of employment; or

(b)  any other contract, whether express or implied and (if it is express) whether oral or in writing, whereby the individual undertakes to do or perform personally any work or services for another party to the contract whose status is not by virtue of the contract that of a client or customer of any profession or business undertaking carried on by the individual. “

“The Locum may in her discretion arrange for some other registered pharmaceutical chemist to deputise for her at the pharmacy in her absence subject always to the Director’s right, for a reasonable cause, to refuse to accept the services of any particular deputy”.

If this clause had truly reflected the agreement between the parties, Mrs Wooller would not have been held to be a worker by the tribunal, as this clause enabled her not to personally provide her services.

At the tribunal, we argued that this clause did not accurately describe the relationship, between Mrs Wooller and Paydens. Mrs Wooller presented verbal evidence explaining that each of her attempts to provide substitutes had been turned down by Paydens. Paydens’ evidence were that they had no problem with accepting substitutes if they had the required qualification. We argued that at this level of responsibility, it would not make business sense for Paydens  to accept somebody they did not know. The tribunal preferred our evidence.

The Tribunal concluded: “The Claimant was engaged to provide services personally and was a worker. The purported right of substitution was, in reality, a fiction. The Respondent’s position in respect of the Claimant was clear, if she could not carry out the work they wished on a particular date they would provide an alternative: The Claimant was not free to do so.”

The fact that Mrs Wooller is considered to be a worker means that she can pursue her claim for unauthorised deduction of wages for holiday pay backdating from the start of her relationship with Paydens.

More generally, this decision serves as a reminder to anyone using freelance staff that unless they are wholly happy to let this person deputise their work, they could be faced with a similar claim.

If you are an employer with people working for you under a non employed status, we would recommend three alternative solutions to avoid being faced with a claim of unpaid holiday pay:

For more specific information or to discuss your requirements please call either Julie Calleux or Amanda Galashan at EmployEase on 0333 939 8741, or email us at info@employease.co.uk.

This note does not constitute legal advice on any particular situation you may have. 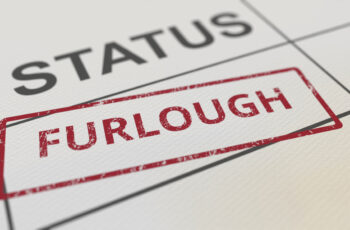 The UK government had announced the extension and changes to the Coronavirus Jobs Retention Scheme (CJRS) to October 2020 on 12 May 2020. There was a lot of speculation that businesses would be expected to contribute 20% of the costs of the furlough scheme from 1 August 2020. The government has now provided details on how businesses […] 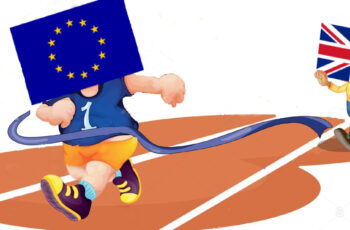 Furlough: Is Europe leaving Britain behind?

UPDATE 29/05/2020 : PART TIME FURLOUGH WILL BE INTRODUCED FROM JULY 2020 NOT AUGUST 2020 AS PREVIOUSLY ANNOUNCED WE HAVE UPDATED THIS BLOG ACCORDINGLY. The UK government has announced the extension of the Coronavirus Jobs Retention Scheme (CJRS) to October 2020.  As part of this announcement, the Chancellor, Rishi Sunak, also announced that from July employers would […] 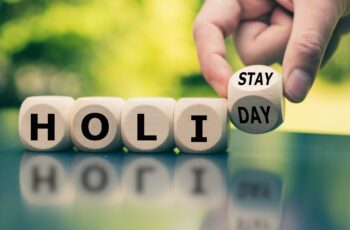 Can I ask my staff to take holiday during furlough?

Update 14/05/2020: the government has published guidance confirming the advice below: https://www.gov.uk/guidance/holiday-entitlement-and-pay-during-coronavirus-covid-19#taking-holiday. By now, we assume that the majority of employers who are going to use the Coronavirus Job Retention Scheme (CJRS) have done so. According to news reports almost 25% of employees are now on furlough. We have kept an eye on the directions […]

We use cookies to ensure that we give you the best experience on our website. If you continue to use this site we will assume that you are happy with it.OkRead more