Employment law reforms: spring is here with the buds of new legislation!

With the April changes in employment law rapidly heading our way, the Department for Business Innovation and Skills (BIS) has published an annual review on employment law. We thought it was a good time to give you all a summary of the changes about to happen and the proposals for future change. If the government go ahead with half of what they discuss in the review, we will all be having a busy year or two.

6th April: statutory maternity, paternity, additional paternity and adoption pay will increase from £128.73 to £135.45 per week.

6th April: the unfair dismissal qualification period will rise from one to two years. This will only apply to employees who commence employment on or after 6th April.

6th April: affecting employment tribunal cases: witness statements in England and Wales will be taken as read unless the judge orders otherwise, the maximum amounts for costs and deposit orders will increase.

6th April: an anomaly in the drafting of the Equality Act 2010 will be amended so that an employee’s solicitor will be an independent person for the purpose of signing a compromise agreement.

According to the review, the first sector-based mediation event has taken place with the retail industry. BIS has also issued an invitation to tender, to provide workplace mediation training, for two regional mediation network projects.

The Government intends to simplify compromise agreements, where employers pay an agreed termination payment to an individual in return for a commitment from the employee not to bring claims against the company.

BIS also intends to produce a ‘model agreement’ to address concerns about the cost and approach to compromise agreements (although it will remain to be seen whether this model stops lawyers adding their own bells and whistles). They are also planning to rename compromise agreements as ‘settlement agreements’. The intention is that these changes will be brought forward as soon as Parliamentary time allows.

The government intends to introduce a provision for employment tribunals to impose a financial penalty on employers found to have breached employment rights. The penalty will be payable to the Exchequer. Employment judges will have the discretion about whether to exercise this power, to ensure that employers are not penalised for genuine mistakes. The intention is that these changes will be brought forward as soon as Parliamentary time allows.

According to the review, while employers understand that they can already have without prejudice conversations, feedback from businesses suggests that many employers remain reluctant to do so, as they believe they are not allowed to, or are worried that doing so will lead to an employment tribunal claim.

The government is considering how best to encourage open and frank conversations and is developing proposals for consultation later this year. It is likely that they will include a system of protected conversations where the content of that conversation cannot later be used in an employment tribunal.

The Government calling for evidence on dismissal processes, which will seek views on the concept of compensated no-fault dismissal for micro-businesses and on the Acas Code of Practice on Discipline and Grievance.

The government also intends to review the paperwork obligations of the Agency Workers Regulations in 2013.

Other areas of likely to see consultation include:

Despite the insistence that the government intends to reduce the legislative and administrative burden on employers, we can see an enormous amount of new law for our clients to get to grips with. While this may, in the long run make life a little easier for our clients, it is not going to be the immediate result of all these proposed changes. We will keep you updated as 2012 progresses. 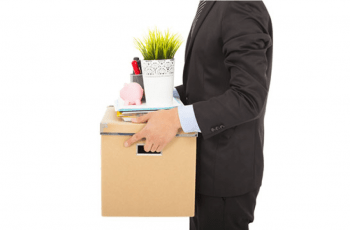 How to dismiss an employee with less than 2 years’ service?

An employee needs 2 years’ service to claim unfair dismissal. Many employers are aware of this. We found that our clients can have contrasting assumptions or attitudes about dismissing an employee under 2 years. Many employers assume that they can safely dismiss for any reason, others are very conservative and are prepared to follow a […]

We are sure this not the first blog article you read about GDPR and the threat of its €20,000,000 fine. One of the areas that is very often overlooked is data protection in the employment context. With the GDPR coming into force on 25th May 2018, it is a good time to be considering what […]

Unfairly dismissed for smelling of alcohol

Can you summarily dismiss an employee for smelling of alcohol? The answer is not as straightforward as you think and will depend to a great extent on the content of your policies and the way you apply them. In Mr McElroy v Cambridgeshire Community Services NHS Trust, a judge found Mr McElroy to have been […]